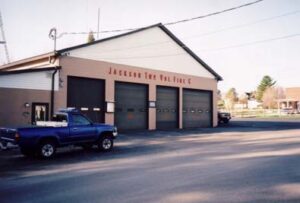 The Jackson Township Volunteer Fire Company was formed in 1943.  Five men from the Township signed a Charter to establish the Fire Company.  Dorsey Eash held the No. 1 position on the Charter.  They didn't have a building so they met at different places within the Township.  There was a community store down near the Vinco Brethren Church and that is the main place where they met.  They also met at a service station located out near the Pike Grace Brethren Church.  Still another place they met was at Dwight Singer's residence near the Mundys Corner School. 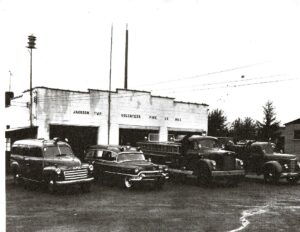 In 1945 or 1946 the Company decided to build a fire hall.  They purchased a loan to build the new building and payments were completed in about two years.  They purchased a 1947 Fire Truck and equipment and paid that off in about a year.  By March of 1949, they were debt free.  They also purchased a fire siren of the latest design which had an estimated range of eight miles.  Plans also were made to purchase a combination Squad and Emergency Car.  With the new Fire Truck and a 1954 Squad & Emergency Car, they were already making plans to enlarge the Fire Hall.

In 1959 the members decided to purchase a new 1960 John Bean Fire Truck and the members planned to go tour the plant and pick up the new truck.  Members who went included Duane Metzgar, Abe Amigh, Paul Amigh, Charley Grove, Al Croft and Don Mayer.  Throughout the years the Fire Company grew in dramatic proportions as there was always a large group of volunteers.  As many as 30 members were present at the meetings and at all the fundraisers that the Company hosted.  Sub Sales was one of the Companies most profitable fundraisers.  Every Saturday morning you could see the firemen out going door to door selling their subs.  Also a Turkey Raffle was started as a yearly fundraiser.

Dorothy Amigh was the Dispatcher for the Fire company for many years.  The Fire Company installed a Fire company Radio in her home and all calls were taken care of by her.  She was a truly dedicated and wonderful person.  She never asked for anything in return for her services, but the Fire Company was truly good to her and deeply appreciated her kindness and willingness to serve.

In 1967, the Fire Company placed a new Fire Truck in service at a cost of $28,500.The Fire Company conducted a fundraising campaign to complete payment on the new truck.  The truck was fully-equipped with a fog unit, four high-pressure guns and two high-pressure pumps with a 1,000 allon booster tank, about twice the capacity of the average truck. Other vehicles recently purchased for their fleet included a 1973 Cadillac Ambulance and a 1974 GMC 4-Wheel Drive Squad Car which doubled as an ambulance and was used for hard-to-get-to areas, especially in the winter.  A Cadillac Station Wagon Ambulance was purchased in 1976 for the price of $10,000 and in 1977 the Fire Company purchased a new John Bean Fire Truck at a cost of $75,000.  The Fire Company borrowed $75,000 from the Vinco office of Johnstown Bank & Trust to purchase the truck.  With the new truck, Jackson Township Fire Company was one of the best equipped volunteer fire companies in the entire State.

With rising cost, many new fundrasiers were started by Dave Bracken, Activities Chairman.  Some of those included a Gun Raffle, Casino Night and a Big Prize Ticket.  The Big Prize Ticket was started when Lucky Clark made and donated a beautiful knife to the Fire Company.  A ticket was made up for the knife and and chances sold at the Turkey Raffle in November to give it away. This caught on when other businesses in the Township saw the ticket and wanted to donate prizes to be listed on the Ticket.  Each year it grew until there were over 100 prizes on the Ticket.  Other new fundraisers included a Jewelry Raffle and a Golf Raffle. George Straub took over the job of Activities Chairman.  One of his projects was Sunday Night Bingo.  Bingo had become a huge success with the help of the Ladies Auxiliary. 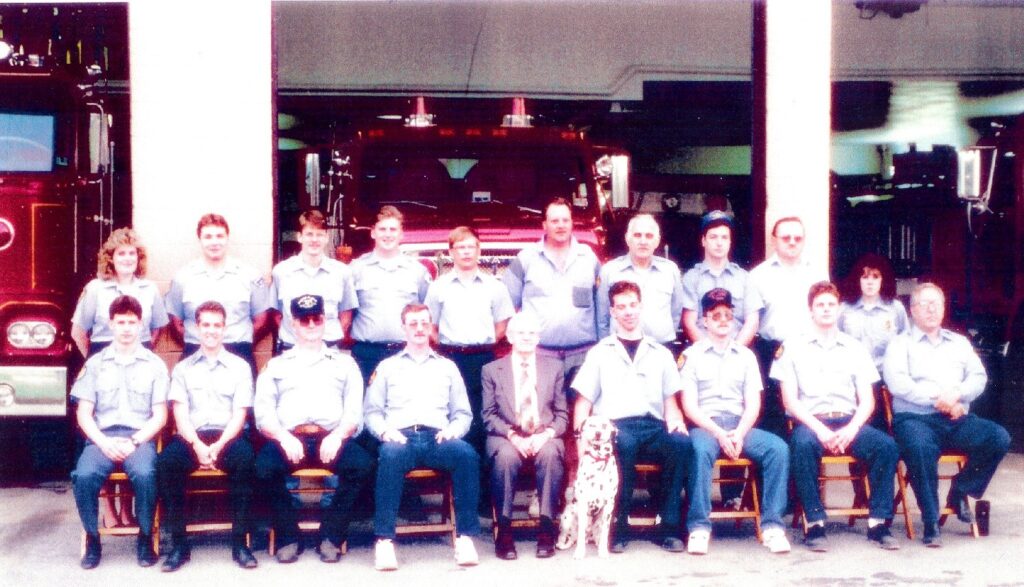 In 1993 the Fire Company celebrated 50 years of service to the Community with a "Firemens Jubilee".  One of the original charter members, Mr. Dorsey Eash was present and helped the Company celebrate.  A group photo was taken and they enjoyed talking about the "old times".  There were also a variety of activities, bands, games and food.  Other activities included a Fire Truck Hill Climb, Medstar Helicopter as well as a Crime Prevention Program featuring McGruff the Crime Dog. 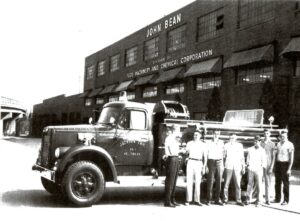 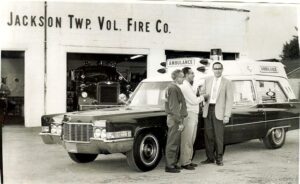 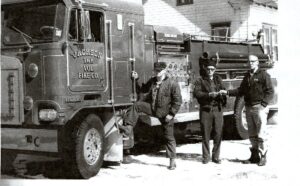 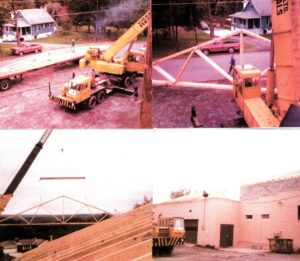 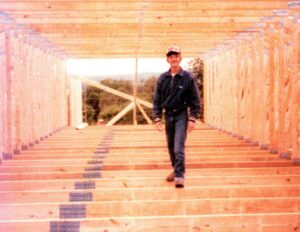 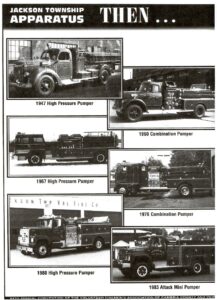 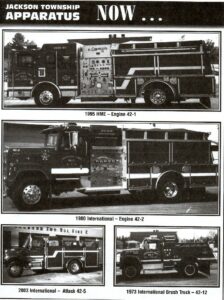 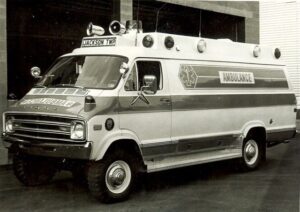 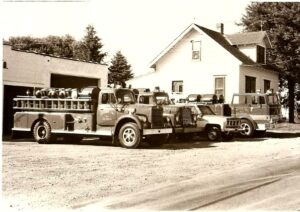 Should You Have An Emergency To Report, Remember: 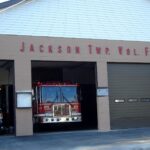